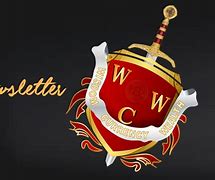 Does an increasing number of Bitcoin ETFs increase the odds that the Securities and Exchange Commission will approve at least one of them, opening the gates to more?

That’s what cryptocurrency enthusiasts are hoping for, but last week the SEC decided to delay a decision on a rule change that would have paved the way for the VanEck Bitcoin Trust to trade on the Cboe.

Five days before the first deadline for the decision, the SEC postponed it for another 45 days, which is an option it always had. The new deadline is June 17, 2021, at which point the SEC will ll “either approve or disapprove the application or or institute proceedings to determine whether to disapprove, the proposed rule change,” according to the agency.

The SEC has rejected several Bitcoin ETF applications in the past, including one by VanEck, which was resubmitted with changes. There are currently eight Bitcoin ETF filings pending before the SEC, seven of them filed this year. Several Bitcoin ETFs are already trading in Canada, from Purpose, Evolve and CI Galaxy, on the Toronto Stock Exchange.

Grayscale, which runs multiple cryptocurrency trusts, including the $36 billion Grayscale Bitcoin Trust (GBTC), has not filed an application for a Bitcoin ETF but has said it expects to convert GBTC to an ETF.

Wilshire Phoenix Funds doesn’t have an application for a Bitcoin ETF currently, but it has filed for an initial public offering of the wShares Bitcoin Commodity Trust, to list on the OTCQX Best Marketplace. If approved by the SEC, the trust would be the first publicly registered Bitcoin fund. The SEC rejected Wilshire Phoenix’s prior Bitcoin ETF filing in February 2020.

See the slideshow above for a rundown of all the Bitcoin ETF applications pending before the SEC, based on the SEC filings and analysis contained on ETF.com. All but two of the ETFs — the NYDIG and First Trust Skybridge — are passive funds that would follow an index.