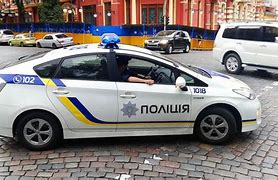 The Security Service of Ukraine (SBU) has just reported one of its biggest crypto busts in the city of Vinnytsia. The large-scale cryptofarm was set up in the former warehouse of JSC Vinnytsiaoblenerho where it is estimated to have stolen up to $260,000 USD in electricity from the city.

This illegal activity is said to have led to power surges and even could have left homes without electricity. The perpetrators used rigged electricity meters to conceal their activity from the authorities. In the bust, over 5,000 computers were seized including 500 graphics cards, 50 processors, phones, flash drives, and a whopping 3,800 Sony PlayStation 4 consoles. PS4s, with its AMD Radeon 7970M GPU, can be modified into a crypto miner and can be had for cheap.

PS4s are technically not that efficient and have slow yields compared to a high bandwidth miner. It would only make sense if the electricity was free — which it kind of was. As Adrian Wong points out, each console would be able to mine 0.00013896 BTC ($4.62 USD) a month, or 0.528048 BTC ($18,041 USD) a month when factoring in all 3,800 consoles. But, if they were to have actually paid for their electricity usage, they would have lost $9 USD for every dollar they made.

In other tech news, this digital billboard of a realistic giant 3D cat amazes onlookers in Tokyo.