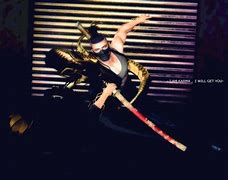 A popular youtube personality named Philip DeFranco recently raised a few eyebrows when he made a tweet attempting to tokenize Black women in regards to the Bill Cosby trial.

Many people have called out the racially motivated Bill Cosby rape accusations, including members of Cosby’s family. In fact that racial jury selection process that took place in the recent Cosby trial has made headlines.

When some people pointed out New York Magazine’s June 2015 cover that had dozens of Bill Cosby’s white female accusers (many of whom have been debunked and exposed as flat out liars) and the long tradition of white supremacist females making false rape allegations against Black men, suspected racists online verbally attacked them.

One of these antagonist was Philip DeFranco. DeFranco tried to point to a couple of Bill Cosby accusers who happen to be Black women who were placed on the very bottom of the New York magazine cover, as some type of anti-white conspiracy to hide the truth. It is clearly understood that the white supremacist run media will strategically place Black people in racially motivated scenarios as a way to not seem racist. Early in the Bill Cosby scandal, many mainstream media outlets tried to pin the exposé on Black comedian Hannibal Buress.

And the same media who ignored (or condoned) the violent, brutalization of Black women at the hands of suspected white supremacist males (like Sandra Bland, Rekia Boyd, Korryn Gaines) now want to prop up a few of Black female Cosby accusers in an attempt to hide the fact that case is completely motivated by race.

DeFranco, who has made excuses for other open white supremacists like youtuber “PewdiePie”, who was kicked off of youtube for posting blatant racist rhetoric and nazi imagery, put up the tweet below in an attempt to tokenize Black women.

DeFranco tries to hide his suspected white supremacist rhetoric behind an “everyone is racist” narrative. This is a common tactic with white supremacist suspects. They often try to shield themselves with other white people. And this tokenization of Black women by the dominant society is something that victims of white supremacy must not fall for. These people care nothing about the plight of Black women, and the only time they pretend to care, is when they are using Black woman, and Black people in general, as pawns for their own white supremacist agenda.