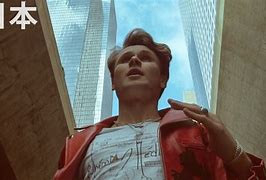 A new report reveals $6.2 million worth in crypto assets being stolen from Japanese exchanges and users’ wallets via hacker attacks.

According to national media Nikkei, the National Police Agency (NPA) in Japan has published its first annual statistical bulletin including fraudulent operations and financial thefts within the crypto industry in the country. The report was published today, on 22nd March 2018.

“There were 149 cases of unauthorized access aimed at individual accounts in virtual currency in 2017, on 22nd. The total amount of damage caused by illegal remittance was about 662.4 million yen.“

Bitcoin users were the main target

The report shows a high demand for attacks held on accounts that owned Bitcoin. Over 85 BTC were stolen from crypto wallets. “The most outstanding virtual currencies were 85 bit coins, 55 ripples and 13 affiliates”.

Unfortunately for some, the National Police Agency (NPA) has not made public the names of the affected services and companies. Instead, we found that the $ 530 enormous theft organized on the giant crypto exchange Coincheck is not included in the 2017 report.

“The price of the bit coin was 1,400 dollars to renew the highest so far in May 17, and the highest value approached 20,000 dollar in December. The number of unauthorized remittances sharply increased from 7 in April to 19 in May and 41 in June.”

According to Nikkei, the rising number of unauthorized operations was influenced by the increase in the value of currencies. We recall that in December 2017, Bitcoin reached $ 20,000. An unexpected result for many of us.

The report issued comes as a response to investigations realized by the agency in combating thefts of crypto assets in Japan.