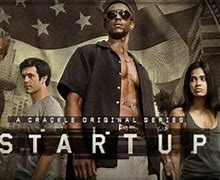 Saad Jangda and Hamza Jawaid, the founders of Bazaar, have always had big plans for their company, recently announcing the successful completion of a$70 millionSeries Binvestment round. The company has gone a long way in a short period of time. Jangda and Jawaid, childhood pals, had not yet startedBazaartwo years ago. They were still on the lookout for a major idea that would allow them to develop a business on the size they desired.

Small and medium-sized retailers in Pakistan used to deal with complex supply chains that could involve them receiving 30 or more small deliveries each day. Bazaar offers a simple digital interface, available via a smartphone app, with next-day delivery guaranteed. Suddenly, they’re sourcing most of their stock from a single provider, receiving it in a single delivery.

“We wanted to build an amazing firm in Pakistan where people would want to work, we’d both benefited from a solid education and spent time working abroad, and we were acutely aware of the perception that you needed to leave Pakistan to succeed.”

They eventually decided on Pakistan’s retail industry, where massive fragmentation and inefficiency presented a real chance for a tech-enabled solution. Bazaar was founded by the two in June 2020. They wanted to build a firm that would define a generation and place Pakistan on the map.

“This fund raising sends a tremendous message – it demonstrates that you can establish large, scalable firms in Pakistan, and that should be an encouragement to future founders and entrepreneurs,”

Bazaar has so far made its service available to retailers in 21 cities and towns across Pakistan where it has set up the necessary logistics and infrastructure. This enables it to work with retailers covering 30% of the population – offering them products from the consumer and packaged goods companies, wholesalers and other suppliers. Not only are retailers replacing their intricate webs of supply with one point of procurement, but they also access savings courtesy of Bazaar’s purchasing power.

Jawai freely admits that the idea captured the attention of shops at a faster rate than the founders anticipated, but this promptedBazaarto consider other offerings. It launchedEasy Khata, an accounting tool for the retailers it services last year, many of whom still keep their records on paper. Retailers, according toBazaar, have a significant chance to professionalise their companies by digitising payments, procurement, and customer involvement.