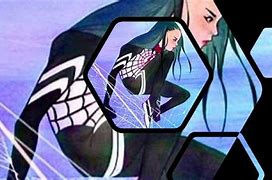 Vauld CFO Jatin Mazalcar has left the Singapore-based crypto lender after it was forced to halt client withdrawals last week, two sources familiar with the matter told The Block.

While Mazalcar left the CFO role after Vauld suspended withdrawals on July 4, he’s still advising the company as a consultant, the sources said. Mazalcar only joined Vauld in May and left in June, according to his LinkedIn profile.

Mazalcar and Vauld both declined to comment to The Block.

Founded in 2018 and backed by high-profile investors, including Peter Thiel’s Valar Ventures and Coinbase Ventures, Vauld (formerly Bank of Hodlers) had cut 30% of its workforce in June to save costs amid the crypto market tumult before abruptly freezing customer accounts this month.

Vauld is based in Singapore but has most of its team in India. Its Indian co-founders, Darshan Bathija and Sanju Sony Kurian, were featured in the Forbes Asia 30 under 30 list this year.

With its operations mainly in the two countries, Vauld recently appointed legal and financial advisors in Singapore and India for potential restructuring or financing options.

A day after Vauld halted withdrawals, its London-based rival Nexo signed a term sheet with the firm for a potential acquisition. Nexo is currently undergoing a due diligence process and Vauld customers’ funds remain stuck. There’s no word so far from either Vauld or Nexo on the status of client funds.

Earlier today, Bathija told users in Vauld’s official Telegram channel that the company is working toward a solution and will announce information on liabilities and financing plans today. The company also plans to send a letter to its creditors today, one of the sources told The Block.