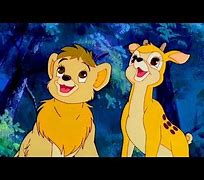 Goats are big business in Pakistan.

And now … it seems to be number one in another goat category: Ears.

On June 4, a male goat was born in the city of Karachi, Pakistan.

Like all babies, the kid grew. So did its ears.

They grew. And grew. AND GREW!

On June 13, Narejo posted a photo of the goat and its extraordinary ears. The ears, he said, were 48 centimeters long – that’s almost 19 inches. They now dangle 23 inches.

And so a viral supergoat was born. #GGEOAT – Greatest goat ears of all time.

In case you’re wondering why the ears grew so long, well … we don’t exactly know!

Dr. Muhammad Ali Ayaz, a veterinarian in Pakistan, notes that Simba is a cross breed of Anglo-Nubian and the South Asian breed Jamunapari. He seems to have gotten his ears from his Anglo-Nubian genes – those goats tend to have long, bell-shaped ears. But Ayaz says Simba’s ears are excessively long even for a breed known for its elongated ears.

Whatever the reason for the long ears, they’ve made Simba a global celebrity.

Narejo made a video of Simba and posted it on Facebook. Eight million views!

Narejo and Simba have been on major Pakistani morning TV shows and been covered by international media, including People magazine, which apparently finds goats as appealing as human stars.

The goat even won a goat beauty pageant held on June 24 in Faisalabad.

Simba is so popular that the minister of education paid a visit and posted a video of Simba on his Twitter account, hailing the goat as a “thriving global celebrity” and giving “hats off” to Narejo.

Narejo has contacted the Guinness World Record folks to register Simba the goat with the longest ears ever. He is still awaiting a response.

Meanwhile, goat collectors in Saudi Arabia, Oman and Pakistan have asked if they can buy Simba. How much would they pay? Whatever Narejo wants. But he’s not selling. In fact, he’s hired an armed guard to protect his precious goat, whom he says he loves dearly: “I have an emotional attachment to this goat,” which lives with him in his house unlike his 35 or so other goats. “I bottle feed the goat myself and help him with exercise,” says Narejo.

Even without selling Simba, the goat is kind of a cash cow for Hasan Narejo, who breeds goats and works to preserve breeds in danger of extinction. He says he now gets hundreds of calls from buyers who want to purchase Anglo Nubian goats and other breeds.

Narejo, whose night job is with the ground staff of Qatar Airways at Karachi airport, says goat farming is his passion. He says he is a self-taught goat farmer as are many goat farmers in Pakistan and that he is trying to teach his fellow goat farmers how to grow their business. Last year he helped the government set up a livestock expo displaying a variety of goat breeds.

He wants to build respect for goat farming. And it seems safe to say nothing has brought more respect than Simba and his ears.

“In Pakistan people do not consider goat farming a respectable profession. Goat farming is considered a profession only for uneducated people. Only doctors, engineers or bankers and other formal professions like these are considered respectable. This is no longer the case now. Simba gave this profession a whole new meaning and respect.”

But fame is an invitation for everyone to weigh in. So the goat did encounter a few trolls. But most tweeters were more upbeat — and even concerned about the implications of the ears.

Hope he grows into those things. Stepping on your ears your whole life can’t be fun.

Concerned he may not be safe with those long ears, the way [goats] like to jump.

His ears could come in handy during winters; he could just shake his head around a bit and let the [ears] be worn as scarf.

And here’s the big issue being raised online:

Poor baby is walking on his ears. I know it’s a novelty but for his safety they will need to be surgically shortened.

Indeed, a chorus of online goat gurus are calling for an ear trim, arguing that the long ears could pose a threat to the animal’s wellbeing.

Indeed, those ears might be problematic. The ears can bruise if they keep touching the ground. Blood vessels could be damaged, causing pain. The solution would be to slightly reduce the size of ears.

According to the veterinarian Dr. Ayaz, it’s common in veterinary practice to surgically cut such body parts if they create issues.

However, Narejo has no plans to shorten the ears. To prevent Simba’s ears from touching the ground, Narejo ordered a customized pouch from a tailor in which he tucks the ears so the goat doesn’t stumble over them. He also cleans the ears with a velvet cloth.

And it turns out that long ears have a potential benefit. Ayaz says that goat ears are filled with blood vessels, and when the blood circulates inside the ears it becomes cool before circulating back to the body — which helps to keep the body cool. Which is a good thing in the very hot summer of 2022.

Benazir Samad is an international multimedia journalist at Voice of America in Washington, D.C. She [email protected]