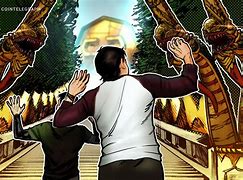 BANGKOK (BLOOMBERG) – Bitkub Online became Thailand’s latest start-up to notch up a valuation of more than US$1 billion (S$1.35 billion) after it sold a majority stake to the nation’s biggest bank by market value.

Bitkub’s coin tripled in value after the deal was announced.

Siam Commercial Bank (SCB), in which Thailand’s King is the largest shareholder, said late on Tuesday (Nov 2) that it will acquire 51 per cent of Bitkub for 17.85 billion baht (S$723 million), valuing the country’s biggest crypto exchange operator at about 35 billion baht.

Demand for risky assets such as cryptocurrencies and equity products has boomed in South-east Asia’s second-largest economy as young investors seek better returns from their savings amid low interest rates and an economic slowdown. SCB’s expansion into digital assets comes even as policymakers and regulators caution investors about the risks of crypto assets.

“Bitkub has reached a milestone by becoming an important part of Thailand’s digital economic infrastructure,” said Mr Jirayut Srupsrisopa, the 31-year-old chief executive and a founder of Bitkub Capital Group Holdings Co, which operates Bitkub, in an e-mailed statement.

“Bitkub is no longer just a start-up and is now becoming a necessary part of the infrastructure critical for Thailand’s financial industry.”

Bitkub’s investment “will help the SCB Group create new growth value in the long term amid a new financial world”, the bank’s chief executive Arthid Nanthawithaya said. It will also help the bank meet new consumer needs and enter a “new competitive arena that will emerge very quickly in the next three to five years”.

Thailand saw turnover at locally licensed crypto exchanges peak at 217 billion baht in May, from 18 billion baht in November 2020, according to data from the Securities and Exchange Commission of Thailand. Turnover has since fallen and averaged about 100 billion baht a month in the August-to-October period.

Bitkub, which was founded in 2018, had a profit of about 1.53 billion baht in the first nine months of 2021 from a revenue of 3.28 billion baht, SCB said. It had a trading turnover of about 1.03 trillion baht in the January-to-September period, representing 92 per cent of the total turnover among all licensed crypto exchange operators in Thailand.

A 24-hour turnover of US$282 million ranked Bitkub at 79th among more than 300 exchanges worldwide ranked by CoinMarketCap.