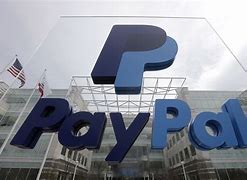 PayPal laid off dozens of employees from its San Jose headquarters, filings show. As first reported by The Information and later confirmed by Techcrunch, the layoffs impacted 83 employees.

PayPal’s layoffs, while just now coming to the surface, were conducted around a week before the fintech confirmed that it was shuttering its San Francisco office. When asked about this round of layoffs, a PayPal spokesperson told TechCrunch that it is “constantly evaluating how we work to ensure we are prepared to meet the needs of our customers and operate with the best structure and processes to support our strategic business priorities as we continue to grow and evolve.”

It did not directly speak to the filing and layoffs but said that it will continue hiring. PayPal did not offer specific details about severance packages offered to employees impacted.

In April, the fintech told TechCrunch that it “remains fully committed to the Bay Area and to California and we will continue to hire into and invest in our business and people working within the state.”

PayPal, which has over 30,000 employees, told staff during a recent all-hands meeting that there will be no mass layoffs, sources say. Yet, to scale back resources both in real estate and employees in a short time frame could signal that PayPal isn’t playing full offense right now. The financial services company, like everyone else in tech, wants to trim costs. Earlier today, the Irish Times reported that the well-known fintech is relocating 131 Irish employees and offering them the option to volunteer for redundancy.

In late April, PayPal reported that its revenue was up 8% to $6.5 billion for the three-month period ending March 31. That (slightly) beat analysts’ expectations of $6.4 billion. Meanwhile, adjusted earnings per share of 88 cents met expectations. Today, PayPal’s stock is trading at around $78, down about 3.4%. That’s just a tad higher than its 52-week-low of $71.83 and significantly lower than its 52-week-high of $310.16.

A third straight week of tech layoffs in the books

Tech layoffs don’t happen to companies, they happen to people