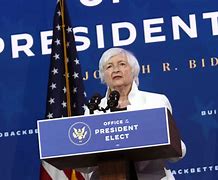 The first way to judge is by looking at the two major numbers the Federal Reserve itself will be watching: unemployment and inflation. These numbers determine whether it is fulfilling its “dual mandate” of maximum employment and price stability.

Since the Great Recession started, the Fed has failed to meet its mandate. Everyone understands that unemployment, currently at 7.3 percent, is too high; but the core inflation rate, now 1.2 percent, has also been below where the Fed wants it. Indeed, that rate has been falling in 2013 well below the 2 percent target. And even now, experts at the Fed are projecting that unemployment will be around 6.6 percent at the end of 2014, with inflation (excluding certain volatile prices) below target at 1.6 percent. The question in 2015 will be whether Yellen can beat these projections and hit closer to target on either or both figures.

Another issue is how the Fed will exit the extraordinary measures it took to get the economy started again. In late 2012 it promised to keep rates low until either unemployment was below 6.5 percent or inflation was above 2.5 percent. However, economists are increasingly concerned that unemployment is dropping less because people have found jobs than because they have stopped looking for work and dropped out of the labor force. At his final press conference, departing Fed Chair Ben Bernanke emphasized that the unemployment rate “is not by itself a fully representative indicator” of economic well-being.

How Yellen will handle the Fed’s recent, aggressive monetary policy as unemployment declines toward 6.5 percent will determine how swift America’s recovery will be, or if it will even have one. If she raises interest rates earlier than necessary, it will mean less job growth and, in turn, an even more anemic recovery. Bernanke himself, before he became chair, thought the Federal Reserve could always boost the recovery as long as the chair did not fall into a “self-induced paralysis.” Upon getting the chair, he fell into that paralysis for the first several years and refused to take more dramatic steps to jump-start the stagnant economy. By 2015, we will know how Yellen has reacted to the situation.