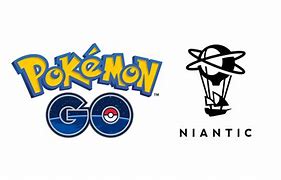 Niantic Inc., the developer of the world’s first and only planet-scale AR platform, announced that it received a $300 million investment in the company (at a valuation of $9 billion) from Coatue. Niantic said that it plans to use the funds to invest in current games and new apps, expand the Lightship developer platform, and build out its vision for the Real-World Metaverse.

“Niantic is building a platform for AR based on a 3D map of the world that we believe will play a critical role in the next transition in computing,” said Matt Mazzeo, a General Partner at Coatue. “We are excited to partner with Niantic because we see this infrastructure supporting a metaverse for the real world and helping to power the next evolution of the internet.”

Earlier this month, Niantic launched the Lightship platform, enabling developers across the world to realize their visions for augmented reality and the Real-World Metaverse. The Lightship Platform is the foundation for Niantic’s own products, built on years of experience developing and running titles such as Ingress Prime and Pokémon GO. Niantic also announced Niantic Ventures, a $20 million fund to help identify and fund the AR leaders of tomorrow.

Niantic’s mission is to inspire people to explore the world together. Tens of millions of individuals play Niantic’s games each month. In 2021, players have walked more than 10.9 billion miles. Last month, Niantic and Nintendo launched Pikmin Bloom, a smartphone app designed to bring a little joy to everyday journeys on foot. Pikmin Bloom spices up your daily walks with the help of an adorable yet mischievous squad of Pikmin.

(All information was provided by Niantic)