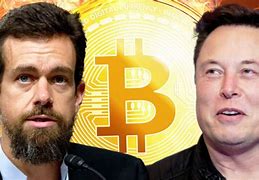 Lucas Davis, a senior professor at Berkeley’s Haas School of Business who studies energy markets, told the Telegraph: “This article vastly overstates the role of Bitcoin… I have no reason to believe that Bitcoin is the best solution here, and I certainly don’t think it’s ‘key’.

“California, Europe, around the world, renewables generation is increasing dramatically. Give me a break – it’s not due to Bitcoin.”

Ravi Manghani, head of solar research at the energy consultancy Wood Mackenzie, called the paper’s arguments “exaggerated”, saying Bitcoin is a promising technology for expanding green power but is unlikely to play a major role on its own.

Bitcoin critic David Gerard called the paper a “cynical exercise in Bitcoin greenwashing” telling the BBC: “Bitcoin mining is so ghastly and egregious that the number one job of Bitcoin promoters is to make excuses for it – any excuse at all.”