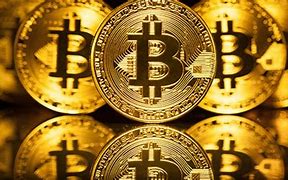 During the world’s biggest crypto convention – the Bitcoin Conference Miami 2022, Mexican senator Indira Kempis, announced her intention to present a bill within the next two months that would see Bitcoin become a legal tender in the country.

Together with Samson Mow, ex-chief strategy officer of Blockstream, Kempis explained that the legislation would modify regulations regarding the Fintech and Monetary Law to transform Bitcoin into a constitutional right for the population.

According to Kempis, 66 million people are excluded from the financial system in Mexico. Hence, the senator proposes Bitcoin to be the solution to this issue, granting inclusion and financial education.

“Making bitcoin a legal tender means putting a level playing field for people who are excluded in almost all countries…We need bitcoin to be legal tender in Mexico, because if it is not so, if we do not make that decision as El Salvador did, it is very difficult to take action,” Kempis stated in February.

During her speech, Kempis mentioned a possible meeting with Mexican President Andres Manuel Lopez Obrador. The two would discuss Kempis’ proposal of making Bitcoin a legal tender in the country, intended as a way to “improve quality of life and reduce social inequality.”

Currently, there are no regulations in Mexico regarding cryptocurrencies, though various senators, including Kempis herself, have declared their intentions of establishing a legal crypto framework, using El Salvador as an inspirational example.

“Every time El Salvador was discussed, it was always to address issues of migration, violence, and organized crime, and now the world’s gaze is no longer on those public problems, but rather because of this great call at a global level with Bitcoin,” she said.

So far, little progress has been made on the matter. President Lopez Obrador has previously remarked that it was highly unlikely that Mexico would follow in El Salvador’s footsteps, believing instead that Mexico should “maintain orthodoxy in finances and try not to innovate much.”

Why You Should Care

Installing Bitcoin as a legal tender could help countries to boost their economies and attract investors.