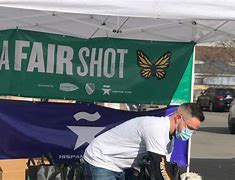 The pilot will enable participants in Guatemala and the US to use the Novi app to send money to their contacts internationally instantly, securely and fee-free, says Facebook.

The Pax Dollar will be used for transactions, with Coinbase acting as the custody partner.

Explaining the decision to use USDP for the pilot, Novi head David Marcus says “we can test our systems with a stablecoin that has been operating successfully for over three yeas and that has important regulatory and consumer protection attributes”.

However, Marcus says that “our support for Diem has not changed” and that “we intend to migrate Novi to the Diem payment network once it received regulatory approval”.

The Diem project has faced a series of setbacks and stiff opposition from financial regulators since it was first unveiled two years ago under the Libra name.

The current iteration of the project involves the issue of a single stablecoin pegged to the US dollar, a significant scaling back from recently revised plans to issue a series of stablecoins backed by individual traditional currencies, as well as a token based on the currency-pegged stablecoins.

In May it abandoned efforts to gain a payments licence from Swiss regulator Finma and instead switched its focus to the US.

While Facebook insists it remains committed to using the stablecoin, Marcus says that the goal of Novi is to be interoperable with other digital wallets, adding “we believe a purpose-built blockchain for payments, like Diem, is critical to deliver solutions to the problems that people experience with the current payment system”.