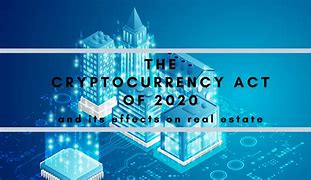 Constructive talks have taken place to ensure that the proposed America Competes Act, which threatens to give governments the power to ban exchanges from offering cryptocurrency services, does not enter law in its current state. Lawyer Jake Chervinsky, who worked on the calamitous Infrastructure Bill last year, tweeted that “good discussions” had taken place regarding the impact of the America Competes Act and that the situation is not as dire as it was with the Infrastructure Bill.

The crypto space was first alerted to the potential impact of the America Competes Act yesterday when another member of the Infrastructure Bill squad, Coin Center Executive Director Jerry Brito, posted a tweet thread that revealed the potentially sweeping powers that would be given to the Treasury if it passed:

Included in the America COMPETES Act just introduced in the House, and which will very likely pass in some form, is a provision that would be disastrous not just for cryptocurrency but for privacy and due process generally. https://t.co/vLJLnIhQhBpic.twitter.com/1EC0SBaetk

Essentially, the provision in the America Competes Act would allow the Treasury to prohibit any kind of transaction it deems a “concern” without any public input and without making its decision public. The bill, which is aimed at making America more competitive with China, allows the Treasury to use the Bank Secrecy Act to crack down with no prior warning on any kind of exchange that offers any kind of service or asset it deems as being involved in illegal activity.

America Competes Act Could be Amended

Alarm bells have quite rightly been sounded and discussions have started on watering down the language in the America Competes Act, which, according to Chervinsky, has borne fruit:

It was a busy but productive day. After a few good conversations, I’m optimistic that today’s legislative situation will end up fine. Don’t lose any sleep over it tonight.

Blockchain Association Executive Director Kristin Smith also agreed with Chervinsky’s sentiment, suggesting that there is hope that the situation can be resolved before the America Competes Act goes before the house for a vote:

Agreed. This is not another infrastructure situation. We are having a constructive dialogue with decision makers who are open to input. More work to do, but way better than the situation in August. https://t.co/Ye8Fic4mf6

The bill, which comes in at just under 3,000 pages, is the House counterpart to the U.S. Innovation and Competition Act, which the Senate passed in June.