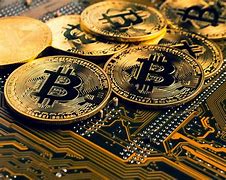 Brazil’s Federal Deputy Aureo Ribeiro has revealed that Brazilians could soon be able to buy houses, cars and even McDonald’s with Bitcoin.

The South American nation is preparing to vote on a cryptocurrency regulation bill which is expected to be presented to the Plenary of the Chamber of Deputies within the next few days.

“We want to separate the wheat from the chaff, create regulations so that you can trade, know where you’re buying and know who you’re dealing with,” Ribeiro said.

“With this asset you will be able to buy a house, a car, go to McDonald’s to buy a hamburger – it will be a currency in the country as it happened in other countries.”

Bill 2.303/15, which calls for the regulation of virtual currencies, was approved for presentation last week.

If it gets the thumbs up from the Chamber of Deputies this week, then Brazil looks set to follow El Salvador’s example and make Bitcoin legal tender.

Brazil ‘crypto law’ as example to other countries

Brazil’s deputy said he was happy with the approval of ‘Bitcoin Law’, and stressed that Brazilians were already facing Bitcoin in many places, with the possibility of buying, selling and investing in this sector.

However, Aureo noted that the market was still not regulated and, as such, does not offer legal recognition.

He said that he was sure though, that with the approval of the bill, several more countries could copy his country’s regulatory model.

“We debated a few years for a text that recognizes this asset to finally arrive,” he explained.

“This will allow transactions of this asset in our country, which will be regulated by a government agency.

“We already made an agreement with both, Central Bank and the Securities and Exchange Commission of Brazil (CVM), over opportunities of this asset and its recognition within, for example, real estate value or currency of daily use.”

Aureo Ribeiro said he was convinced that the proposed bill’s text has the quality to improve the reality of Bitcoin in Brazil.

He was keen to stress that the bill had widespread government support and had already been aligned with the president of the Chamber of Deputies – Arthur Lira – meaning there are few further barriers to its approval.

Disclaimer: The views and opinions expressed by the author should not be considered as financial advice. We do not give advice on financial products.