Bitcoin mine in flares tensions 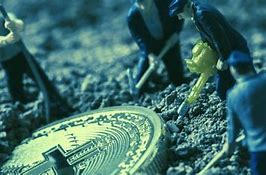 Hi! I’m Luke Ottenhof (he/him), a freelance writer based in Kingston, Ontario, and sometimes in Toronto, Ontario. Both of these places are on the ancestral and contemporary homelands of the Anishinaabe and Haudenosaunee, on Dish With One Spoon territory.

I write about music, culture, labour, white supremacy, colonialism, and harm reduction. Recently, I’ve been reporting on cryptocurrency and crypto-colonialism.

My work has been published by The Guardian, Pitchfork, Columbia Journalism Review, Vulture, The Walrus, MEL, Mic, CBC, Globe and Mail, Maclean’s, Toronto Star, and others.

I did communications and fact-checking for the podcast series Race Against Climate Change by Canada’s National Observer.

I’ve served as a juror for the Digital Publishing Awards and the Polaris Music Prize.