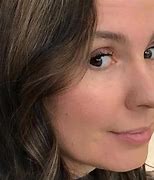 One of the best parts of being a journalist is getting to pepper experts with whatever questions you have in mind, allowing you to learn lots, often quickly, about much. The downside to that upside is that you often wind up knowing just enough to be dangerous as a journalist, but not enough to not worry that you are making a modest ass of yourself on the internet.

With that caveat in mind, let’s talk about the Anoma Foundation, the Anoma protocol and Heliax. Bear with me here.

Unlike the Delaware C-corp standard that we see from many startups that raise capital these days, the Anoma project is set up a little differently. The Anoma Foundation is based in Switzerland and has just raised $26 million. It, in turn, is using its raised funds to pay Heliax, a developer group, to work on the Anoma protocol.

Per Adrian Brink, a founder at both the larger Anoma project and Heliax, the setup of a Swiss foundation and separate development shop was proven through the development of Polkadot, which was, in turn, the work of the Web3 Foundation, also based in Switzerland.

If you want to be lazy, just know that the larger Anoma project has just raised a stack of new funds. It did so, per Brink, via a SAFT. You are actually more familiar with that term than you think: Recall that a SAFE is a simple agreement for future equity, a method of fundraising that allows a startup to raise funds without setting a formal price at the time. SAFEs come in a host of flavors, with some featuring a “cap,” or upper limit on the price that invested dollars in the mechanism can convert to shares. They can also include discounts or a pre-determined, lower-cost conversion rate into shares at a future valuation mark. Some have both caps and discounts.

Regardless, a SAFT, as you have already guessed, is a simple agreement for future tokens, or a SAFE fit for the crypto world. Neat!

So, what will the Anoma protocol do?

According to Brink, Anoma wants to undefine money in the long term. His team thinks that money is becoming a lackluster form of abstraction, given that folks may not want to have a currency middle layer between their ability to swap digital assets.

Enter Anoma, an asset-agnostic blockchain project that will allow users to barter digital goods. Notably, Anoma won’t be a price-determining entity. Instead, Brink explained, Anoma will be a coordination system when it launches, one that can be used for trading digital assets.

There are some controls planned that users will like, including setting intent to trade something for another thing, and a mechanism akin to limit pricing to avoid under-bartering, if that’s a phrase.

Underlying the larger Anoma perspective is the idea that there will be many major blockchains, or level one (L1) protocols, out there. That would mean that digital assets won’t be on a single chain in the future, implying a need to be able to swap from one blockchain to another. Doing so without the required use of money could prove useful.

That’s about as simple as I can make the Anoma round for you. But I wanted to bring it up all the same — too much of today’s crypto chatter is about silly NFT prices and which shitcoin is currently mooning. Whatever. Anoma is, instead, using blockchain tech to put something together that actually feels new and interesting. It’s more old-school crypto, if you will, a push to make a new future of value where we aren’t constrained to traditional methods or their thinly digitized equivalents.