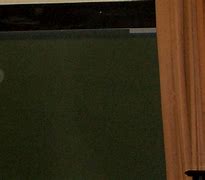 This article provides an update (as of 10:45 UTC on 2 February 2021) on the latest thinking on Bitcoin (BTC), Ethereum (ETH), and Polkadot (DOT) by influential crypto analysts, investors, and traders, and other thought leaders.

#Bitcoin is still not breaking the critical area around $35,000.

If it doesn’t, I’m assuming a $30,000 retest and further corrective movements.

The “U.S. Dollar Index” (DXY)—which is “designed, maintained, and published by ICE (Intercontinental Exchange, Inc.)”—is “an index (or measure) of the value of the United States dollar relative to a basket of foreign currencies”. These other currencies are EUR, GBP, JPY, CAD, SEK, and CHF.

Crypto analyst Alex Saunders, who is Founder and CEO at Australian news outlet Nugget’s News, is hoping that Bitcoin will be able to break the inverse correlation with DXY, which we saw during most of last year.

On January 2, around the time that Ether was trading around $778, Eric Conner, who is the Product Manager at Gnosis, as well as the host of the “Into the Ether” podcast and the Editor of the EthHub newsletter, tweeted that he believed CME Group’s upcoming launch of its Ether futures contracts had not been priced in.

ETH futures launch on Feb 8th is definitely NOT priced in.

Not sure people understand how huge of a catalyst this will be.

Institutions are FOMOing into BTC through futures now. ETH is next.

Well, as you can see from the price chart below, according to data from TradingView, since then, on Bitstamp, the Ether price has enjoyed a nice rally that has taken it to $1433.50, where it is currently (11:00 UTC on February 2).

Earlier today, Switzerland-based 21Shares AG, a pioneering issuer of crypto Exchange Traded Products (ETPs), announced that it is launching the world’s first Polkadot ETP (ticker: PDOT) on the regulated segment of the the Swiss Stock Exchange (aka “SIX”) on Thursday, February 4.

Featured Image by “WorldSpectrum” via Pixabay.com

The views and opinions expressed by the author are for informational purposes only and do not constitute financial, investment, or other advice.